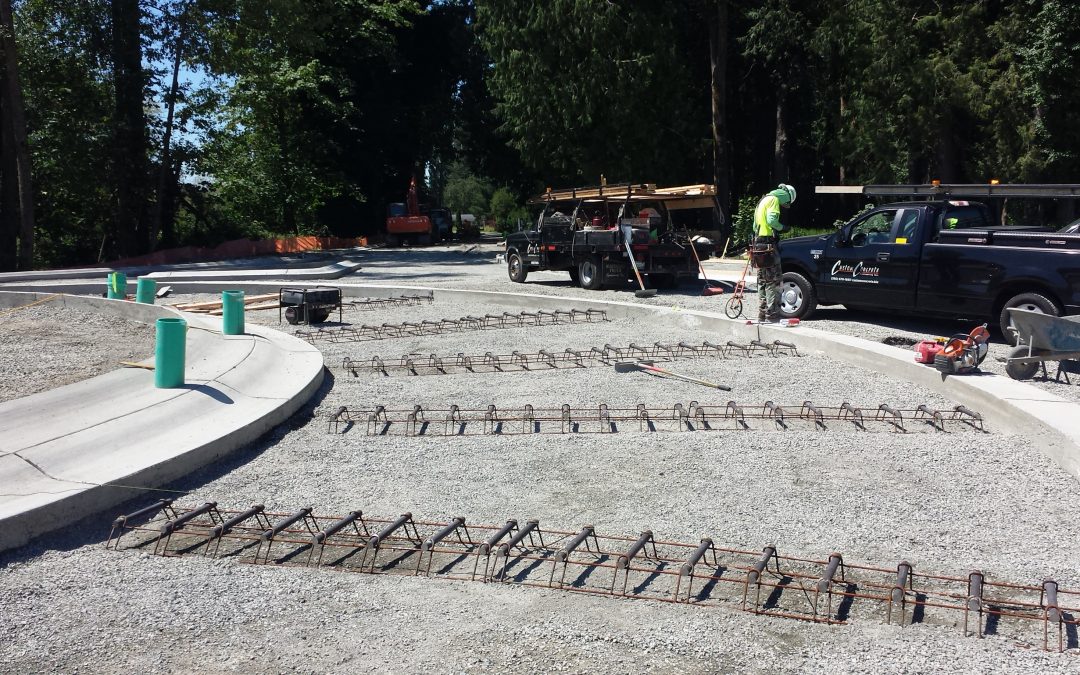 Far and away, roundabouts are much better than stop signs and traffic lights at guiding vehicles safely through intersections.

That, at least, is the conclusion of a study from the Insurance Institute for Highway Safety, which concluded that roundabouts reduce injury crashes by 75 percent in places where they have been installed to replace stop signs or traffic lights.

In other words, if before the traffic circle there were four crashes per month involving injuries, today there is only one. That’s a huge drop, and it’s a big deal.

And when it comes to fatality accidents, roundabouts can lead to even greater drops — 90 percent!

That’s one reason Custom Concrete Contracting is so proud to install roundabouts throughout the Pacific Northwest. Our concrete installation company, which is both UDBE and MBE certified, has installed a number of roundabouts in the area, including at Northwest Avenue and McLeod Road in Bellingham and on Highway 9 in Sedro-Woolley down in Skagit County.

Despite their seeming ubiquity these days, roundabouts are fairly new additions to the roadways here in Whatcom County and throughout the state. The Washington State Department of Transportation, for example, has only been installing roundabouts on state highways since 1998, just over 20 years ago.

The first roundabout in Bellingham was built on Guide Meridian in the late 2000s, according to The Bellingham Herald, which notes that injury crashes at the four roundabouts now on the Guide have been reduced dramatically in the decade since their installation.

Of course, safety isn’t the only reason that roundabouts have been gaining in popularity in the Pacific Northwest over the past 20 years. According to the WSDOT, roundabouts also improve traffic flow, are less expensive to build and maintain and can even take up less space than required by signal-controlled intersections.

Custom Concrete is proud to have been a part of so many projects in recent years that not only have helped improve traffic flow but also have contributed to increased traffic safety.